There are occasions when you are playing a DVD/Blu-ray movie on your PS3 or a DVD/Blu-ray player the movie suddenly is muted or stopped, and you see a message on the screen which tells you that the content being played is protected by Cinavia and is not authorized for playback on this device. So what happened?

It is Cinavia that prevents you from playing the DVD or Blu-ray movie. Cinavia technology is a kind of new protection for movies from theaters and disc releases in DVD & Blu-ray, aiming to limit the use of copies of movies, television shows, and other professionally produced videos that have been made without the permission of the copyright owner. But it also prevents you from watching your legally bought movies and copying these movies for personal use. DVDFab is proud to present DVD & Blu-ray Cinavia Removal, the first complete solution for removing the Cinavia watermark from audio tracks of a DVD/Blu-ray disc, thus removing the protection altogether.

How to remove Cinavia? Here are some knowledge about Cinavia and articles about how to remove the annoying Cinavia from DVD and Blu-ray movies. 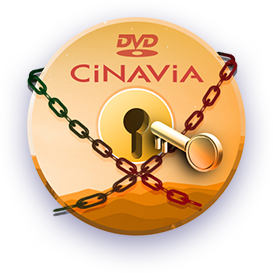 Featuring the world's most trustworthy Cinavia removal technologies, DVDFab DVD Cinavia Removal can help you permanently get rid of the so-called undefeatable Cinavia watermarks from the audio tracks of the infected DVDs. The result is that the backup copies can play back normally on Cinavia-enabled devices, without the sound being muted anymore.